Changes in States of Matter

P.CM.06.11 - Describe and illustrate changes in state, in terms of the arrangement and relative motion of the atoms or molecules.
Solid: Matter with definite shape and volume. This is caused by fixed, closely packed together particles.
Liquid: Matter with no definite shape, but a definite volume. The particles in a liquid are not fixed, and can move about.
Gas: Matter that has no definite volume or shape. The particles can move about freely.
Change of State:  The physical change from one state of matter to another. Matter can change from one state to another when thermal energy is released.
States of Matter from mrsnansen 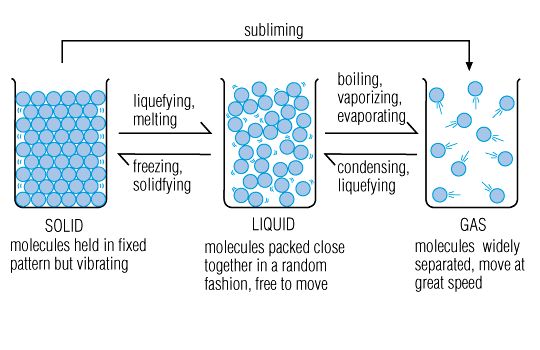